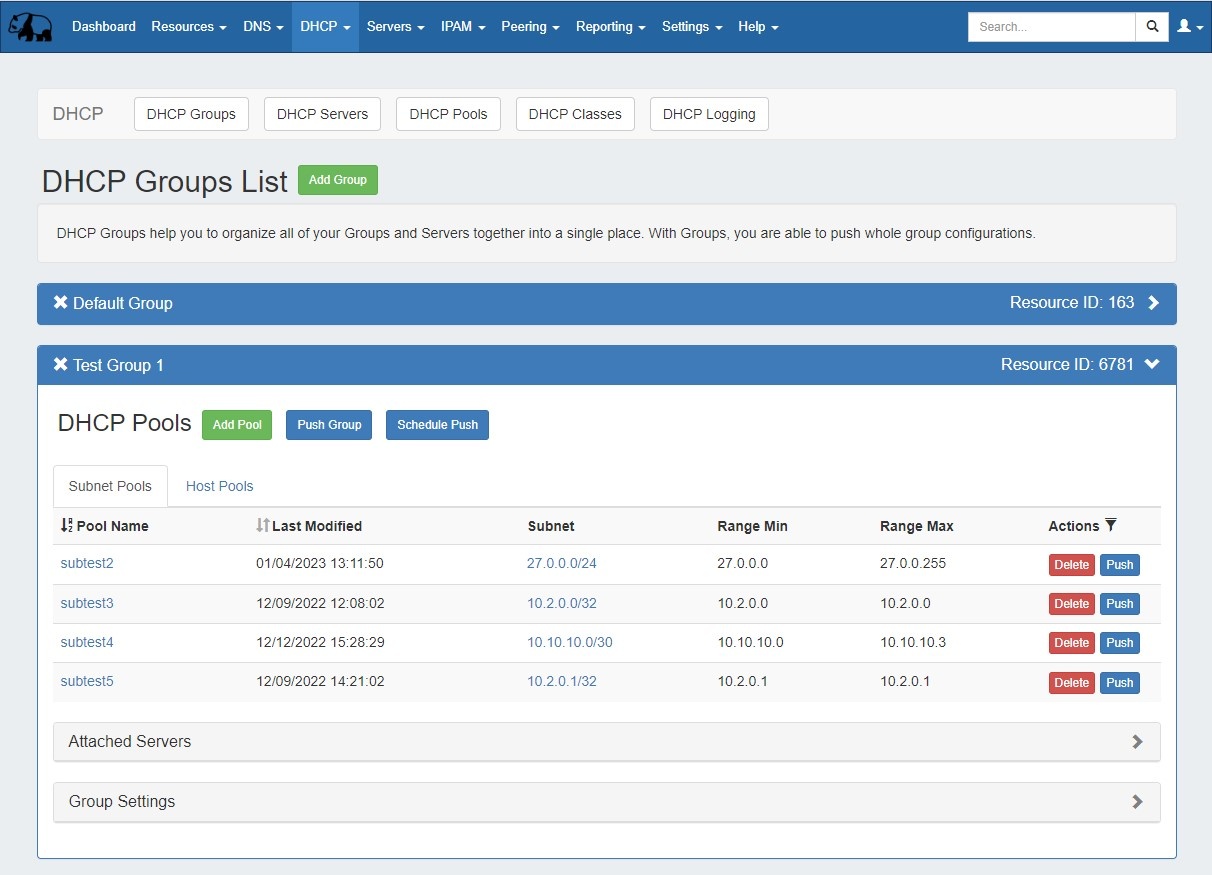 The DHCP Servers tab is only accessible to Admin users, and contains functions for adding, updating, and managing DHCP servers as well as scheduling server tasks.  For Admin-level DHCP tasks, see Working with DHCP Servers.

The DHCP Pools tab lists all the pools created in ProVision able to be viewed by the user, in the same format as on the DHCP Groups page, but without the group organization. The Pool List allows you to view, add, delete, and push individual DHCP Host and Subnet Pools. Under a pool, you may specify and update IP assignments, ranges, reservations and optionally set BOOTP Vendor Extensions /  DHCP Options to send to the DHCP server.

The DHCP Classes tab lists all the classes created in ProVision able to be viewed by the user. The Class List allows you to view, add, and delete DHCP Classes.

The DHCP Logging tab provides a link to ProVision's logging system, where you can filter to view DHCP-only logs.

DHCP Management integrates with ProVision's resource and permissions hierarchy, as well as the IP Management system.  Individual DHCP servers can be assigned via resource permissions  to different internal user groups, to be managed by only the appropriate parties.

The Approvals module stores and queues DHCP actions made by selected User Groups, and sends those actions to a Pending Changes list for administrative review.  Later, an administrator (or combination of administrators) can approve or reject these stored actions.

Approvals is primarily set up and managed via the Admin Approvals Tab. See the ProVision Admin Guide - Approvals Tab for details on setting up and using Approvals from the Administrative viewpoint.

In the DHCP Tab, a "Resources Awaiting Approval" module will display near the top of DHCP Groups, DHCP Servers, DHCP Pools Lists, and DHCP Pool pages, if a change has been submitted on that page that is pending approval. 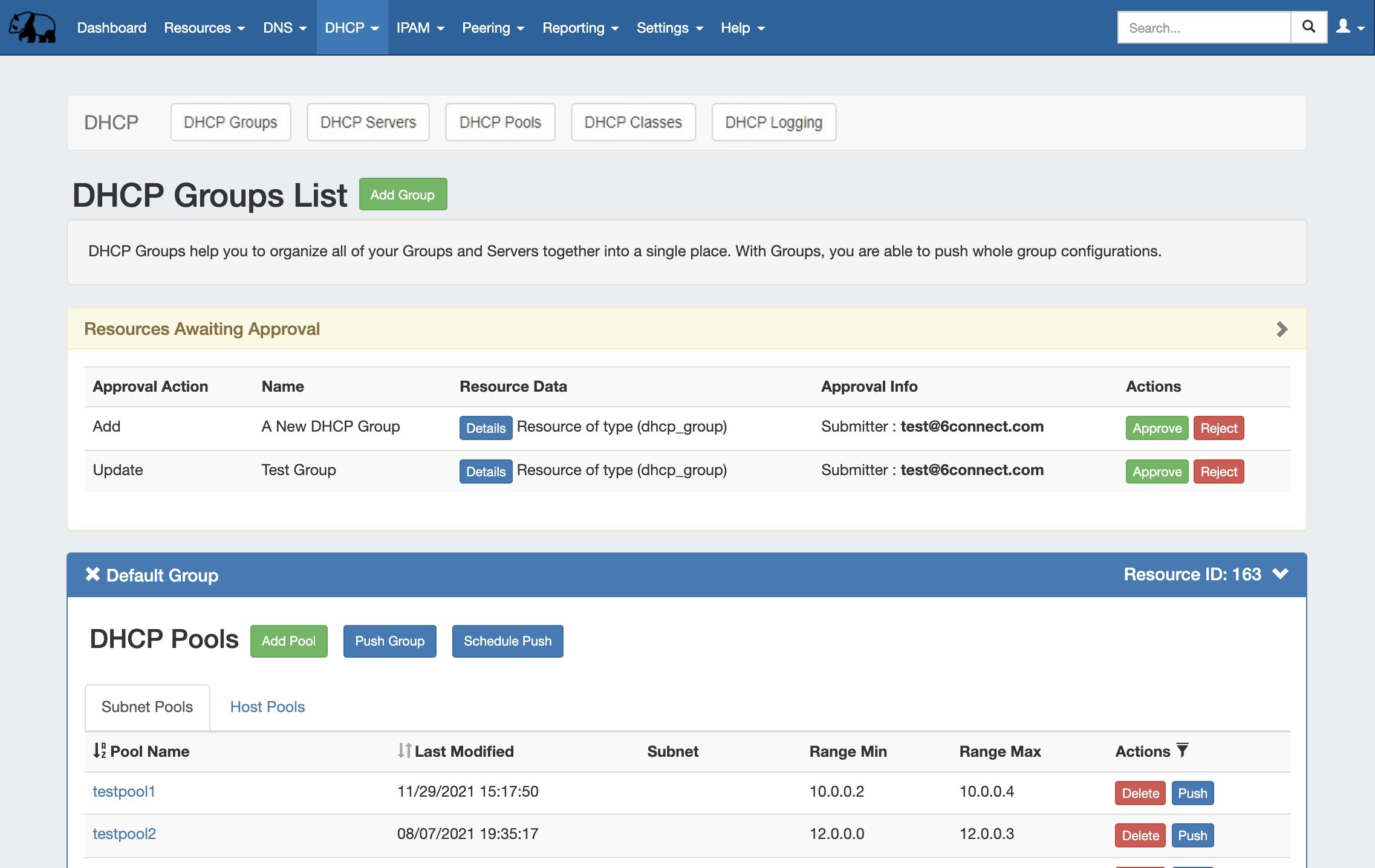 Users who submitted a change for approval will see the details of their change request in this module.

Admin users with permissions to approve or reject the request will have the option to Approve or Deny the change.

See the following sections for detail on working within the DHCP Tab: